Every human is the writer of his own life and well-being, and possessing quality health is not just a trend; instead, it’s a lifestyle.

Good health is not that just something can be easily purchased from the market, besides you have to work on it to maintain quality health.

To keep the physique in a good state, we have to invest our precious time to save our most valuable body.

And this cannot be achieved by just eating healthy, doing ample exercises, or yoga. For that, you have to keep a record of your weight as well.

Yes, you read it right, a record of your weight, which just can be done by devices that you call as the weighing scale. Weighing yourself is one of the most crucial things to decide about your fitness. 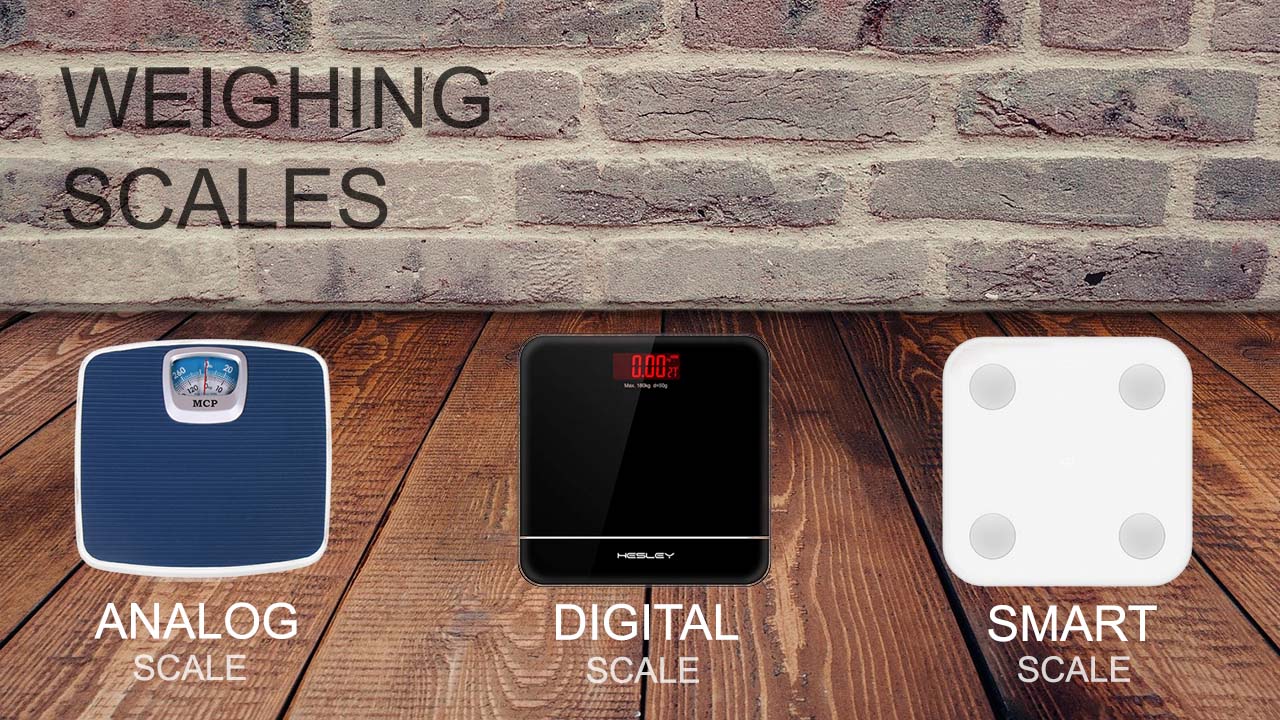 Moreover, measuring your weight or keeping a record of the weight is not just the thing which must be done by the people who are overweight, besides it’s for everyone.

The weighing scale is a device used to measure the weight of a body. With time with the advancement of things weighing scales have also got advanced with the new features.

At the end of this article, I am also going to tell you which type of weighing scale you should buy.

When we start talking about the weighing scales and their upgradation with technology, the first scale, which clicks to our mind, is the Analog Weighing Scale.

The scale is a collection of some small springs set to 0, and besides that, there is one another spring also which actuates the weight.

Well, this scale was the earliest one who came into use to weigh. This scale is the fossil piece of technology but is still in use, which can quickly get in almost every home.

Talking about the pros and cons of the Analog Weighing scale, then there are many, listing below some of the advantages and disadvantages that are:-

Most of the Analog Weighing Scales are priced between ₹700 to ₹900. They are the most pocket-friendly weighing machines in the market. Good Analog Scales cost ₹800 to ₹900.

Now, as we know that nothing is perfect as well as each new invention is for the betterment of the other one, so, after a while, a new weighing scale came into life, and that is the Digital Weighing Scale.

Digital scales are electronic, which display weight as a number usually on an LCD, i.e., Liquid Crystal Display. Discussing the advantages and disadvantages of the Digital Weighing scale that are as follows:

Digital Weighing Machines are priced in India from ₹800 to ₹1,200, and some premium scales are priced up to ₹2,000.

Digital Weighing Machines are the best choice for most people due to the pricing and the features they offer.

Disadvantages of the Digital Scale:

As we are aware that with the flow of time, things also go for the enhancement, and we get the better version of them, so after the Digital scale, we got anew scale in use called the Smart Weighing Scale.

The name is giving a hint itself that the weighing scale is smart and how it is smart that I will tell you. The scales mentioned above are not that technical, but! This scale is.

The smart scale can connect you with your android or tablet so that you can easily track your daily routine on the app. Each brand possesses different functioning abilities, but almost all of them transfer your weight and the other measurement on the app.

So, if you are intent on having a quick record of the progress, you can invest in smart weighing scales as these scales can tell you about the muscle mass, visceral fat, body fat percentage, and body water percentage as well.

Let’s move ahead to the advantages and disadvantages of this scale, which are as follows:

If you are wondering about the scales which cost ₹5000+, they are from the USA and are priced more than their value.

Advantages of the Smart Weighing Scale:

Disadvantages of the Smart Weighing Scale:

As of now, there are no such cons of this scale, yeah! Some people find it very complicated, but most of them don’t.

Which one should I buy?

Buy an Analog Weighing Scale, When-

Buy a Digital Weighing Scale, When-

Buy a Smart Weighing Scale, When-

Learn How to use Analog, Digital, and Smart Weighing Scale properly.

Well, in my opinion, the Smart Scale is the best one as it provides you what all you want, with the customer support also, then what else do anyone need. But which one is better for you, now you can decide easily by going through the pros and cons of the scale. Till then,

TheAarogya is reader-supported. When you buy through links on our site, we may earn an affiliate commission. Learn more