You will be familiar with the word scale. They are used to measure object weight. It is straightforward to use a scale, you put pressure on the scale on one side, and the other side of the scale the weigh stones are used.

It leads to balance the weigh on both sides. But with the electronic scale, it has become more comfortable, you put a weight on the digital weighing scale, and you get weight in the form of digits on the screen available.

What is an Electronic Scale?

An electronic scale is a type of modern scale.

It weighs the object you put on the digital scale and give the reading in the digital form. Digital weight scale to display the result in the form of digitals on the LCD, Liquid crystal display.

The electronic weighing scales are versatile as they may perform calculations on the measurement and can transmit it to other digital devices.

How does Digital Weighing Scale work?

Unlike Analog Weighing Scale on a digital scale, the weight force causes a spring to deform, and transducers called strain gauges to measure the deformation amount in the spring.

A strain gauge is a conductor. It works on the length changes as if length change leads to a change in electrical resistance. As strain gauges have limited capacity, so, in the larger digital scales, use of hydraulic transducer called a load cell.

A voltage is applied to the device, and the weight causes the current flow through it to change.

After that, the current is converted to a digital number by the use of the analog-to-digital converter, based on digital logic to the correct units, and then the weight is displayed on the display of the digital weighing scale.

After knowing about Analog, Digital and Smart Weighing Scales, you might be confused. Therefore I have published an article about the differences between them and which one is best for you. Click here to read it. 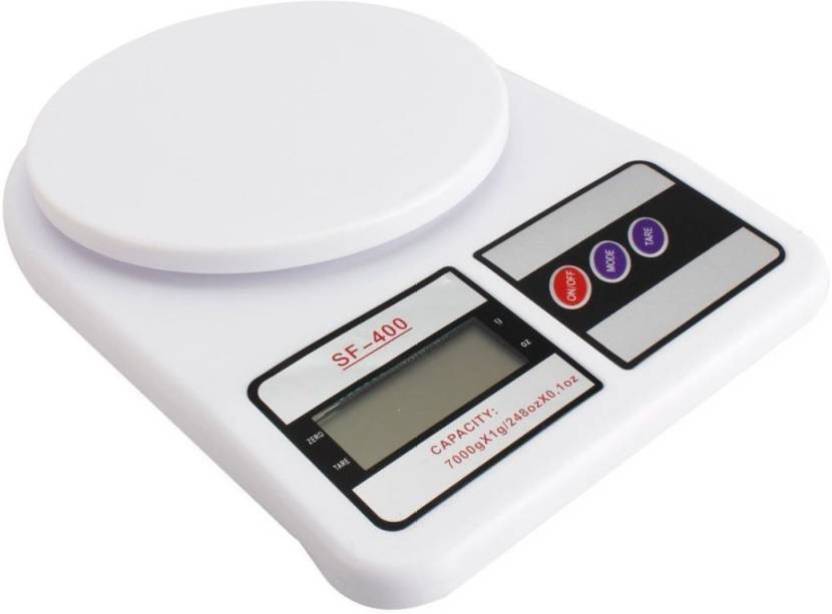 How to use the Digital Weight Scale?

A glass draft shield surrounds the balance weighing pan. The access to the weighing pan is from the top, left and right doors of the shield slide.

To prevent changes in air pressure, the draft shield doors are closed by weighing objects.

A display screen is in front of the balance bar. To turn the balance on, press on the bar and wait for a few seconds so that digital display shows zero reading.

In some balance, it requires you to press on/off and then press the small circle on the right side of the screen so that text becomes zero.

To weigh an object,  open one slide of the draft doors and place the object in the center of the pan.

And always remember to use tongs, clamps, or tissues to carry a substantial purpose and the containers. Using fingers can add a few milligrams to the mass, which partially evaporates, resulting in an error in the result.

The exact value should be noted from the display screen to examine the sensitivity of the scale. The milligram mode is not automatically reached from the centigrams.

Now to reset the balance, press the bar, so that display reading comes to zero.

Now measured values will be in milligrams until the heavy object is placed again on the pan.

Do not place any chemical directly onto the balance pan. Always use a container or weighing paper when weighing a chemical.

Many substances are corrosive and can ruin the pan and mechanisms in a few minutes. The convenient container for weighing chemicals are plastic weighing boats, small beakers, watch glasses, waxed weighing paper, etc.

Extra precautions should be taken while weighing liquids.

Methods to weigh on an Electronic Weighing Scale

Following two ways are commonly used in Digital weight scale for considering weighing a given product:

Weighing on Digital scale by Taring the balance

In this method, the mass of the container is neglected, and the mass of a given product can be directly measured. Keep the empty container on the pan and close the draft shield.

After a few seconds, it will display a constant mass. Press the bar, so the display reading becomes zero. By doing so, now we can ignore the mass of the container, and this process is known as Taring the balance.

Now add chemicals in the container, and the display screen will show only the mass of the chemical. A negative weight will be seen if we remove both chemical and container from the pan.

The value of negative weight only shows the weight of the container, which had ignored.

To remove this negative value, again press the bar and reading on display screen will become zero.

Weighing on Digital scale by the difference

Another method of the digital weighing scale is weighing by difference.

In this method, the mass of the given chemical can be calculated by subtracting the weight of the empty container from the total weight of the container with the chemical.

Keep the container on the pan and wait for few seconds until a constant value is not displayed on the screen. Record the mass of containers without rounding off in three decimal digits.

This gives you the total mass of the container with the chemical-filled in it. Now subtracting the empty mass of containers from total mass will provide the desired result.

Precaution of carrying the container with tongs and tissue should be kept in mind as moisture from fingers can cause an error in the result.

How to maintain your Digital Weighing Scale? 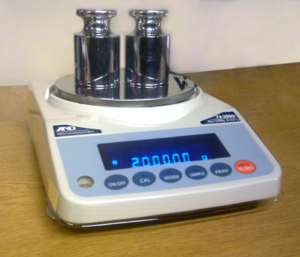 Maintenance is the must for the proper working of the electronic scale.

The pan and the surrounding area should be cleaned by a sable brush attached to each balance.

A paper towel and checking should clean liquid spills should be down whether the liquid has seeped into the balance mechanism beneath the pan so that it can be cleaned from there also.

Let me know if you have any doubts about Digital Weighing Machine.

TheAarogya is reader-supported. When you buy through links on our site, we may earn an affiliate commission. Learn more

1 thought on “What is Digital Weighing Scale & How to use it?”